Exterior
Paint Original; 6 out of 10

This aircraft is brokered by Far North Aircraft Sales, Co. and we have not conducted a pre-purchase inspection of this aircraft to verify mechanical condition, airworthiness or accuracy of specifications. Prospective purchasers are encouraged to conduct their own independent pre-purchase inspection as Far North Aircraft Sales makes no representations as to the airworthiness of the aircraft or the accuracy of specs. All specifications are subject to verification by buyer upon inspection; aircraft subject to prior sale or removal from market without notice.

Far North Air is run by Alaskans for Alaskans. Steve Carr is a life-long AK resident and proud Stinson and Cessna owner. Thomas Chaplin is a pro-pilot with over fifteen year of flying in AK, the lower forty-eight and over-seas.
Contact Us

Far North Air is currently seeking quality inventory. Let us insulate you from tire-kickers and help fetch the highest price for your aircraft. Having your interests protected with profess-
ional representation is always a good idea. Call us today!
Contact Us 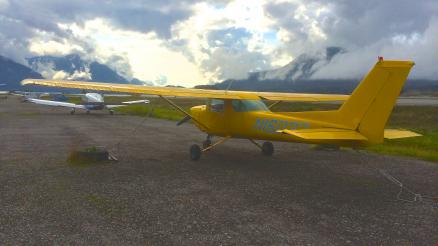